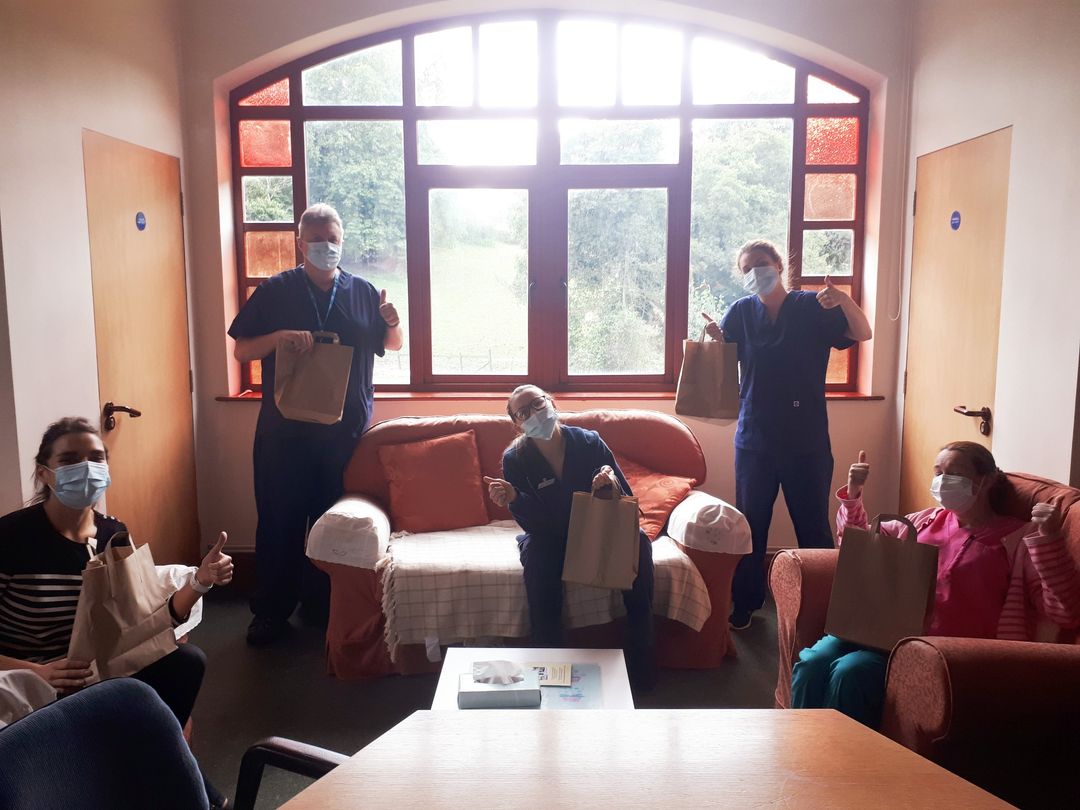 Over the last few weeks, 1st Montgomery Rangers split themselves into three teams and prepared packs of items to be sent to a group of each team's choosing. This was the final clause in the 'Make Change' badge that the Rangers have been working on over the summer.  One team sent stationery items to a school in Tanzania (twinned with their own school here in the UK); another sent 'thank you' packs with sweet treats to care workers at Llys Hafren in Welshpool; and the third team sent similar packs to NHS workers at Montgomery Medical Practice.  All the packs contained personal messages from the girls in addition to the other items.

The packs have been really well-received. A Montgomery Medical Practice spokesperson posted on their social media, “A big thank you to 1st Montgomery Rangers who have dropped off some packs for members of the practice team. The packs contained some lovely items for the team, with little notes of positivity! Thank you for the thoughtful gesture.”

One of the Rangers, Seren, commented, “It was an enjoyable experience giving something good to someone during such a tough time.” Rosa and Leela added, “We really enjoyed assembling the packs and creating the cards, knowing that they will go to people who need them.”