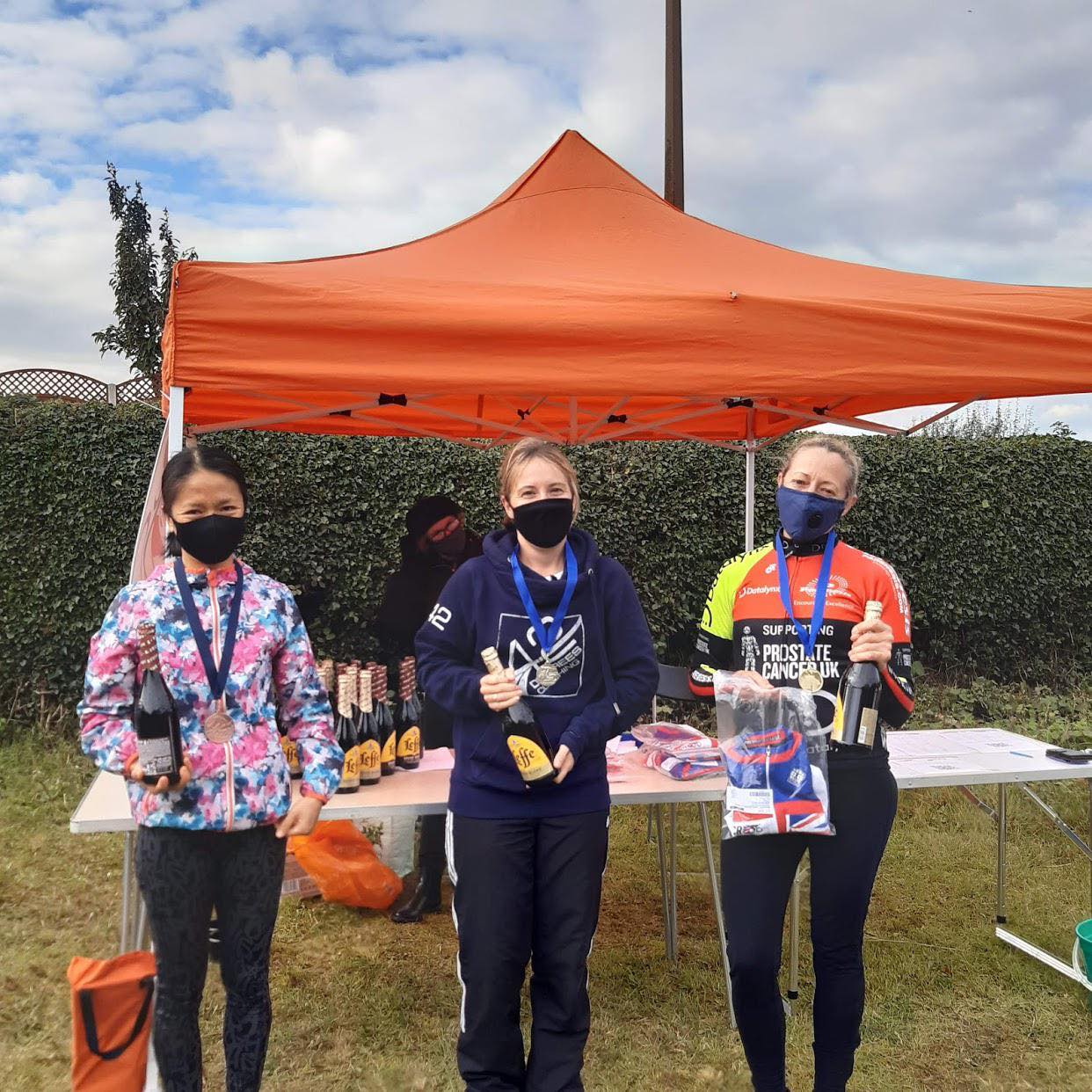 Montgomery cyclist Emma Serjeant finished her season on a literal high, by coming second in the British Masters Hill Climb Championships, which was held at Carr Lane Hill, Palterton, Derbyshire on the 11th of October.

British Masters cycle racing is for male and female racers who are at least 40 years of age. Although Carr Lane hill is only 1475 m in length, it has a maximum gradient of 15%.  Hill climbs are run as time trials, with riders setting off at one minute intervals to beat both the gradient and the clock.

Emma said, “It’s been a very strange year with a number of my key races having been cancelled, but it was good to be out racing again against some of the top masters cyclists in the UK.” She added, “After pushing as hard as I could, I was beaten by 5 seconds by winner Sandra McKay - but I was very happy with my silver medal and a large bottle of beer!”