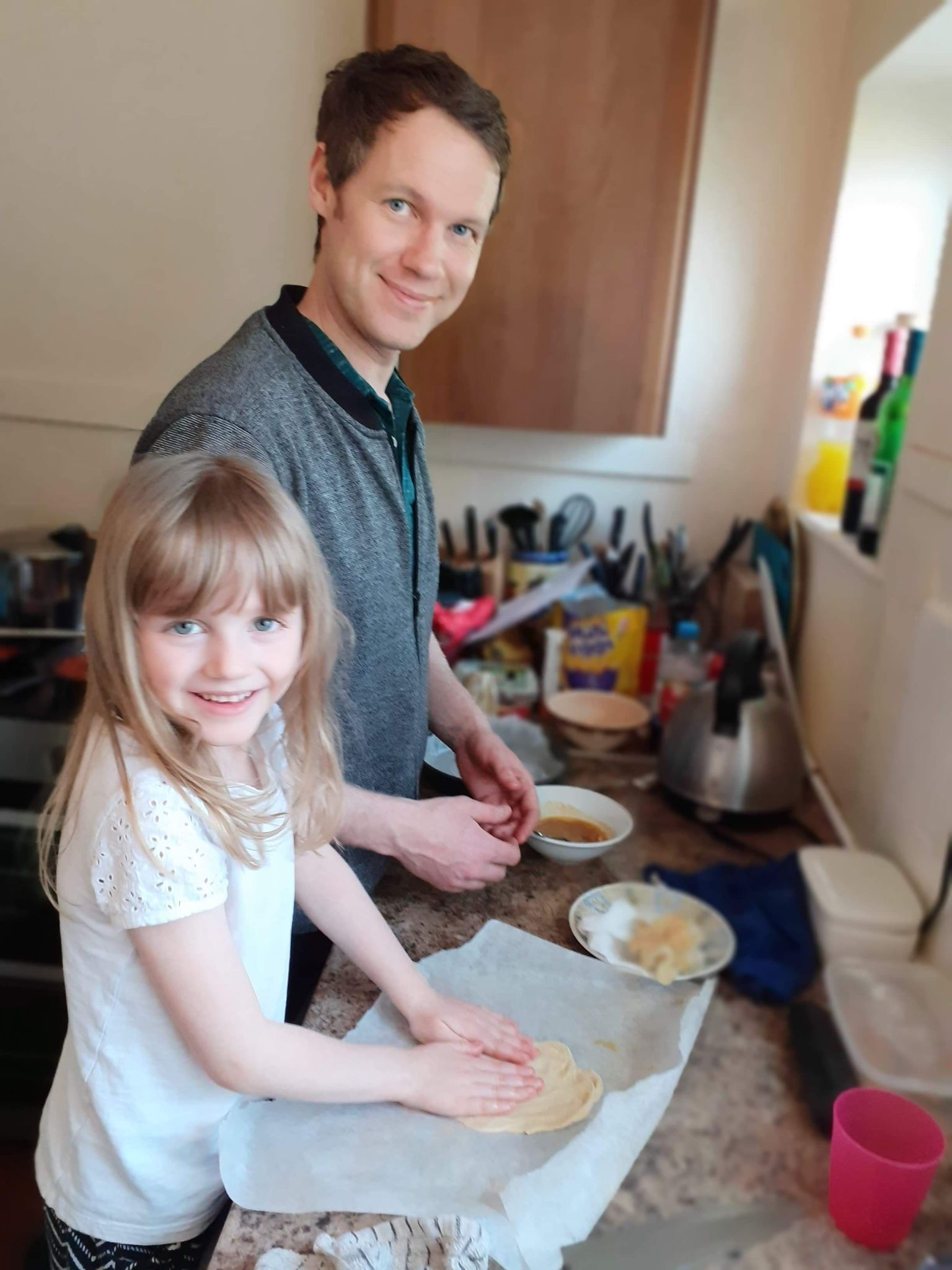 An appetising alphabetical adventure is about to reach its 100th country’s cuisine.

Five years ago, Stuart and Georgina Taylor, who are passionate about food and cooking, decided to spice up their culinary repertoire (sometimes literally!) by travelling the world, metaphorically, and creating authentic dishes from countries around the globe. Having two small children, Freddie and Sophie, they wanted to encourage them to eat well, taste new flavours, and learn about the world at the same time. And so began their Around the World Food Adventure.

The adventure started with Afghanistan, from where the pair created a spicy dish called Kabuli Pulao. Stuart researches the recipes, sources the ingredients and cooks the dishes, and has also done some blogging about their experiences. Each time they prepare a new dish, the children find out about the country, geographically and culturally, reproduce the flag, and take a photo of the meal and flag as a reminder.

At the start of the project, the children were a little fussy with what they would eat, being drawn to the familiarity of spaghetti bolognese or pizza, but over the years they have both started to look forward to each dish and mostly enjoy trying them. Sophie, who was 18 months old when the adventure began, has become a keen cook and likes to help her dad in the kitchen whenever she can. Along the way, the family has been joined by baby Charlie, now 2 years old.

The family have now reached their 100th country, Lichtenstein, and are planning a meal of Käsknöpfle - triple cheese pasta with sweet onion.

Georgii explained, “We have enjoyed all of the dishes, for their flavours and unique tastes. We find ingredients locally where we can, but we have had to be creative about where we find some things, like the Mahi Mahi fish we needed for our dish from Kiribati, which Stu had to source online.”

The children have identified their favourite meals, with Freddie enjoying making and eating sushi, from Japan, whilst Sophie said her favourite dish was the jerk chicken and festival with mango salsa from Jamaica, as it was the tastiest and she loved eating outside. For his first Around the World meal, Charlie had Shakshuka from Israel, which has now become a firm family favourite.

Stu and Georgii plan to continue what they have begun, and to create a book from all the recipes, photos and flags, to present to their children when they are adults.