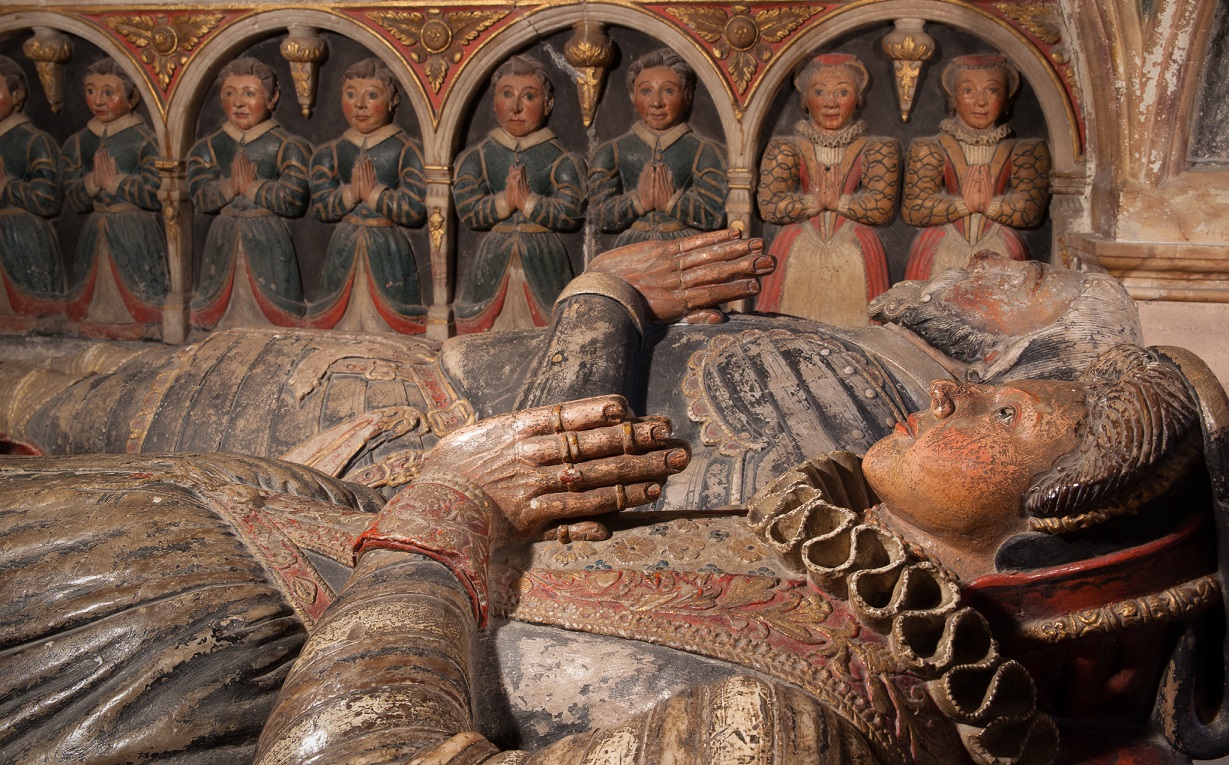 Members of St Nicholas’ Church have been busy researching, recording and sharing stories of the Church through the centuries with support from a 15 Minute Heritage grant from the National Heritage Lottery Fund.

The Church now has three new bilingual panels telling the stories of Sir Edmund Mortimer and Catrin Glyndwr, as well as the Herbert family and their global influence, connecting Montgomery to the history of the wider world. Church members have also made films with local people, collecting their memories of the Church and their relationship to the building and its history. The trailer for the films is now on the Church section of the Town’s website starring lots of familiar faces from the Town at https://www.montgomery-wales.uk/church/nicholas/index.html

Montgomery Church in Wales School has been working on the Montgomery Lives project led by composer-musician, Ian Morgan-Williams, and poet, Pat Edwards. Ian and Pat worked with the children to share the stories of Catrin Mortimer and Magdalen Herbert, and to think about the roles they and other remarkable women had played in our history. Pat wrote a poem focussing on how we learn from our ancestors, which Ian put to music and the children learned. A recording of the song sung by the children, with the words, has been shared on the Montgomery Wales and Church Facebook pages.

The children then worked on a choice of three writing exercises: a letter from Sir Edmund Mortimer asking Owain Glyndwr for Catrin’s hand in marriage; a poem about the view from Montgomery Castle; or a speech to motivate either Glyndwr’s army or Thomas Herbert’s navy before impending battle. The work will be part of a display in the Church celebrating the end of the project, once the Church is able to reopen fully.